Our 500 XT Folding Electric Fat Bike is one of our most popular e-bikes. One of the features that makes it so popular is its folding capability. While it is very easy to fold their are a couple tricks to it and some little things you can do to make the folding go smoother. So we put together this little video for you to show you how it’s done. Hope you find it helpful! 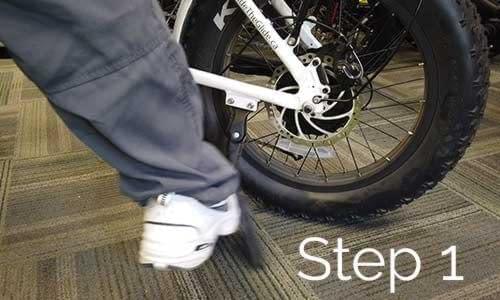 Kick up your kickstand. This first step may seem a little obvious but trust us you want to make sure your kickstand is up and out of the way before you start folding. You can if you prefer do step 2 first and fold in your pedals before kicking up the kickstand. 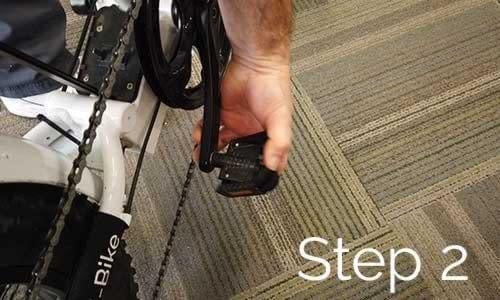 Fold in your pedals. These goofy looking pedals do serve a purpose! To fold them press in and twist. You’ll also want to orientate the pedals so the right pedals is towards the back and the left pedal is toward the front so the pedals don’t interfere when the bike is folded. 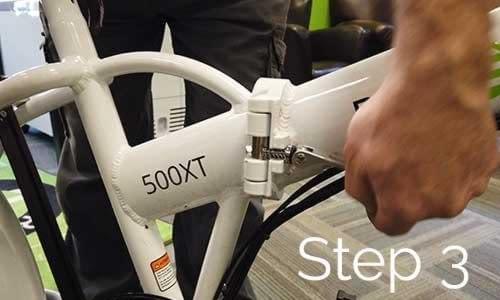 Release the clamp. To start the folding process first release the clamp that holds the hinged portion of the frame together. Note that this should be tight. 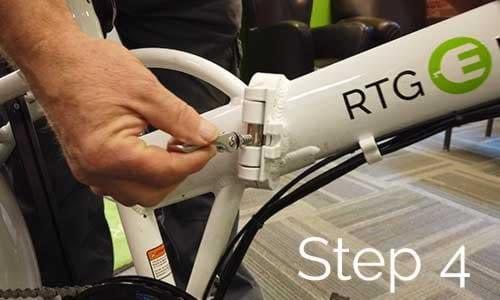 Swivel the clamp to the side. 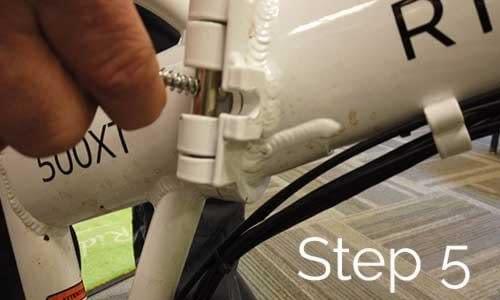 Lift to release the pin. Now this is the tricky part. There is a built in safety pin to the clamp so that even if it were to come loose by accident it is impossible for it to start folding up while riding. Which is a very good thing but isn’t very obvious when you’re trying to fold it up. Once you lift up on the pin you will feel it disengage from the frame and you can start folding. 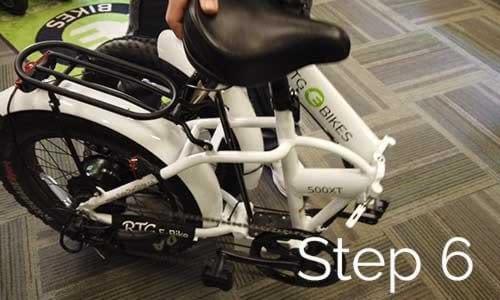 Fold it up. Here you will see how it was important to both have the kickstand up and for the pedals to be positioned correctly. You can now rest the bike on the front stand (on the front near the crank). If you have a step through style you will notice due to the differences with the frame that it won’t sit balanced, you will need to either hold it or lean it up against something.

Word of Caution: Once your bike is folded you need to be careful when moving it. Remember that if you roll the rear tire backwards that the pedals will also rotate backwards. If you aren’t careful and there is enough force you can cause significant damage to your bike, especially the front fender. 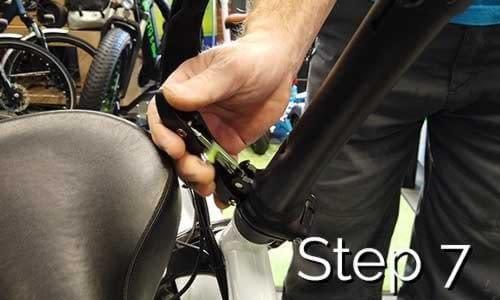 Release the pin for the handlebar. Once your bike is folded you can start to fold your handlebar. To do so lift up on the silver pin on the left side and pull back, this will unlock the handlebar and allow it to fold. 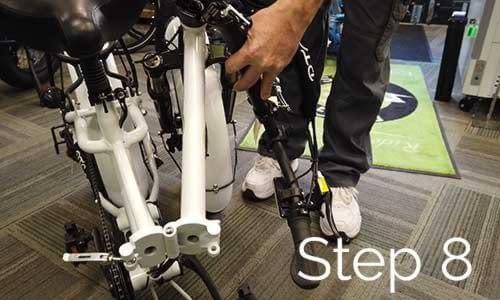 Fold the handlebar. Again please make sure you exercise caution, the display on your handlebar is easily broken if care is not taken. 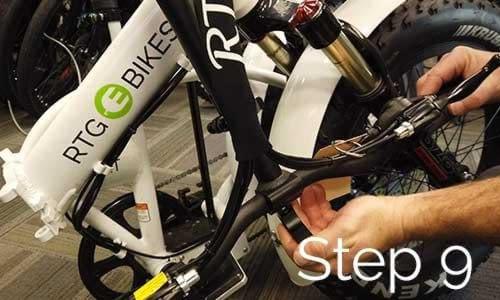 Rotate the handlebar. The handlebar has a quick release clamp at the top that allows them to be easily rotated to better avoid getting hung up on something, as well as to protect the display from damage. Simply release the clamp, rotate to the desired orientation and clamp it back up.

The 500 XT does not have anything built in to hold it together when it is folded so we suggest if you’re moving it while it’s folded to either use a bungee or some rope to tie it together.

This site uses Akismet to reduce spam. Learn how your comment data is processed.